Valdez scored three knockdowns, the last of which left Berchelt out cold on the canvas. The bout was shown live on ESPN/ESPN+ 🇺🇸 as a main event from MGM Grand Conference Center in Las Vegas, Nevada 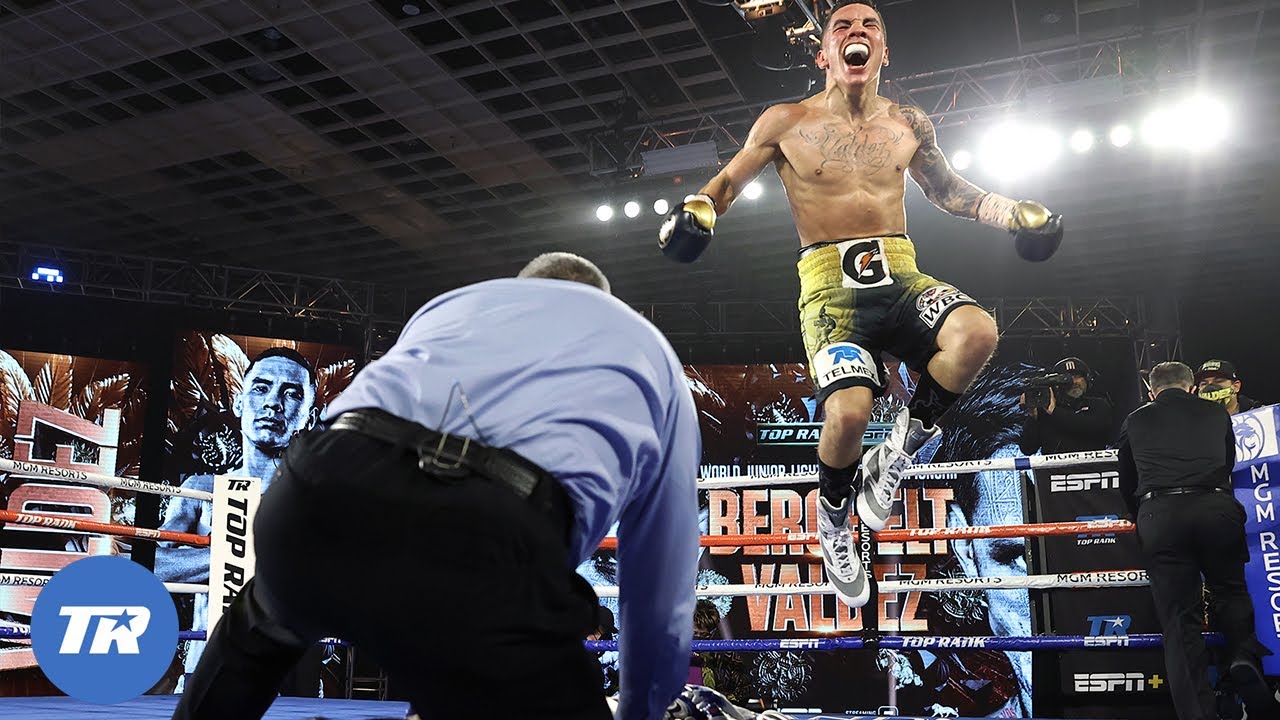 Valdez’s skillset was vastly superior to his opponent and punished him to claim the WBC super-featherweight world title. Valdez works with Eddy Reynoso, head trainer and manager for Canelo Álvarez.

In his post fight interview with ESPN, Valdez said “There’s nothing better in life than proving people wrong. I have a list of people who doubted me, I’m  so happy right now, I can almost do a backflip like Teofimo Lopez”