Boxing fans are keen for a bout between Crawford and Spence Jr to take place in order to discover who is the number welterweight, as well as who can be consider as one of the pound for pound kings of boxing today.

Top Rank promoter Bob Arum appears confident a deal can be reach with Spence Jr’s promoter Al Haymon, which will be music to the ears of boxing fans. Speaking to Barbershop Conversations, Arum said, ‘I’m pretty sure in talking in Haymon, we can get that fight done’ 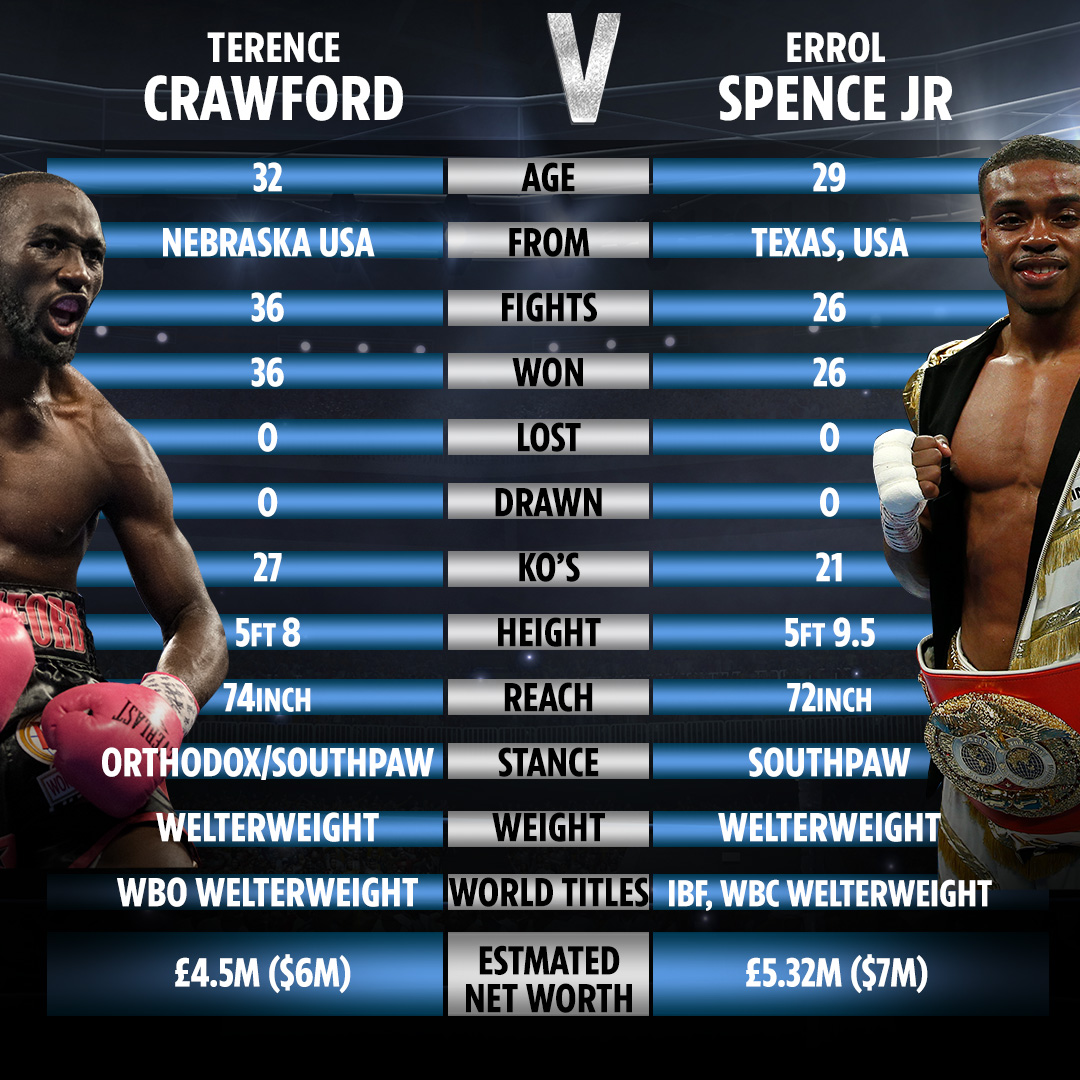 ‘It’s the only fight that makes sense that anybody is going to make money with. So I’m pretty sure we can get that fight (Crawford vs Spence Jr) done’

‘But again, let me tell you from a promoter’s standpoint, for the people who have to raise the money, that fight can’t happen and other big fights can’t happen until the pandemic is gone. We can bring spectators in, pay=per-view, restaurants and cars for closed circuit, all those revenue streams working. Then you can start talking seriously about doing a major fight like that’