Canelo could fight Billy Joe Saunders or David Benavidez or Caleb Plant in 2021, and could even take a trilogy bout against Gennady Golovkin in December, Canelo’s trainer Eddy Reynoso said

“We couldn’t fight in May, so we are looking at September and December… We’re talking about like Billy Joe Saunders. There’s also Caleb Plant and the WBC world titleholder at 168 pounds [David Benavidez]. There are several (fights possible). Golovkin could be the fight for December,” Reynoso told Box Azteca 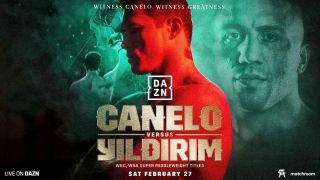 “I truly wanna fight a minimum of three times this year, but I’m always open for one more. Of course, the possibility exists for that. I’ve thought about it. Don’t believe I haven’t. I love being active.” Canelo told BoxingScence

“I really like being active, I like to train, and I love to be in the gym.”