Claressa Shields & Marie-Eve Dicaire Is a Historic Night For Boxing

Shields not only wants to create a championship legacy, she also wants women’s boxing to flourish and it has bugged her that many American TV network In her opinion, TV has neglected female boxing. Especially during the pandemic and when men’s boxing continued as normal minus the crowds.

“They’re sexist and can’t handle strong women,” Shields said of the tv networks… “They’re always yelling equality, equal pay, equal opportunities, but they don’t mean it. Because all they have to do is say yes. They can say, ‘Yes, you know what? We’re going to put women’s boxing on every card no matter what.’ That would help build women’s boxing, but they won’t do it.”

“So I’m taking my career into my own hands.” –  Claressa Shields now hopes her fans and boxing fanS will pay $29.99 to watch her fight with Dicaire live on Fite.tv. 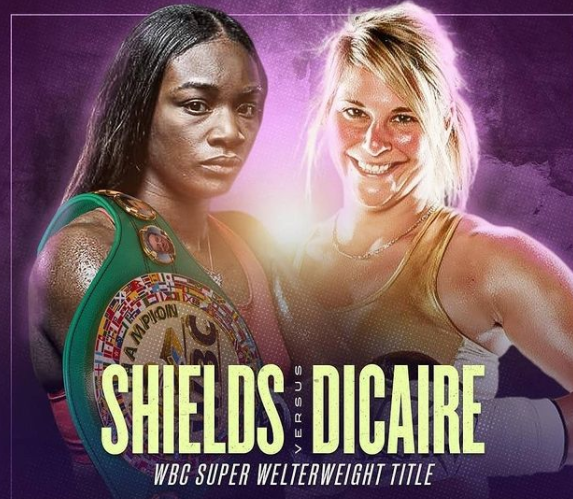