Dillian Whyte: ‘I Know I Can Beat Povetkin, I’m Going For The Knockout’

Dillian Whyte is in his ‘Maximum Violence’ mood as he speaks about his upcoming rematch with Russia’s Alexander Povetkin, where Whyte aims to inflict not only revenge but a savage knockout on his opponent

Should Whyte be victorious on the ‘Rumble On The Rock’ fight card located in Gibraltar, a unique event organised by Eddie Hearn – Dillian will remain on course to challenge for the WBC heavyweight title. 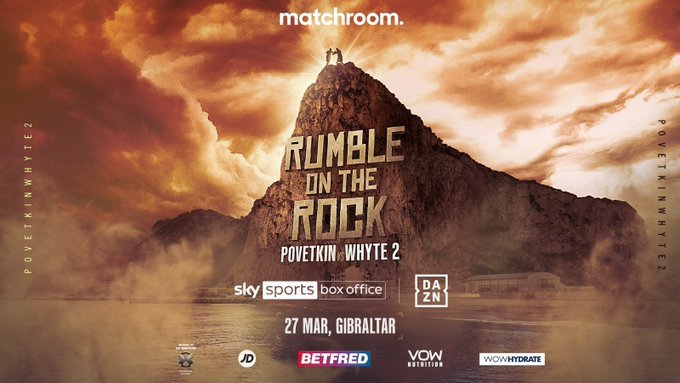 Speaking ahead of the fight, Whyte told the Press Association “I’m going to get the win and get the win in style. I’m definitely going for the knockout this time, 100 percent. All hell will break loose if I knock him down again this time, trust me”

“I can beat him, I was beating him before and I know I can beat him. I just want to get in there and put the wrong right straightaway. We’re not considering a loss, we’re daring to get the win”

“I wasn’t getting outclassed, it was just one of those things in heavyweight boxing. I was bossing the fight, I switched off for a second and got caught. It hasn’t damaged me in any way mentally or physically”

“Muhammad Ali got beaten, the greatest of all time Sugar Ray Robinson, they all got stopped. Boxing is like life: you don’t win everything, it’s not every day in life you wake up and you’re so positive and you’re jumping around.

“You have to keep going and be strong mentally and physically and just keep grafting. I know I can beat Povetkin, it’s not like I need to change this or become this, I’ve just got to prepare and come ready to go to war.”