“I know there’s talk of the cruiserweight fight. I just think that he (Canelo) should do exactly the same as he did at 168 at 175” – Eddie Hearn iFLTV

“He should fight [Dmitry] Bivol, Joe Smith and [Artur] Beterbiev, and I think he can do it all in a year again”

Two questions spring to mind for me….
1) Can he beat all the light-heavyweight champions – it’s a much tougher division than the champions he beat at super-middleweight in my opinion. I believe Bivol is a very technical & skilled champion, whilst Beterbiev is a power & a knockout threat. Joe Smith Jr is the weakest of the three but still a decent champion.
2) Can Canelo beat three champions again inside a year?? As he did at super-middleweight – it’s a much tough task in my opinion at light-heavyweight. 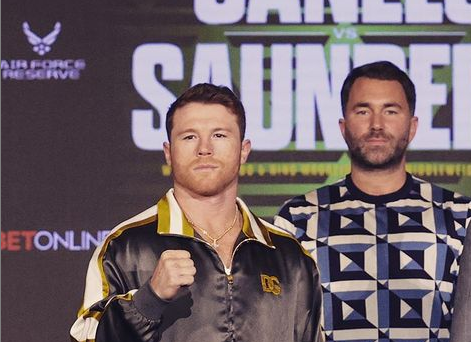