Claressa Shields recently created history when she became the first boxer in the four-belt era, male or female, to become a undisputed champion in two different weight classes, after she defeated Marie-Eve Dicaire.

Brit Savannah Marshall currently has a professional record of 9-0, 7 KOs and she beat Shields in the amateurs. Claressa Shields currently has a undefeated pro record of 11-0, 2 KOs and her last defeat was as an amateur against Marshall when the Brit out-pointed her, 14-8. This was at the AIBA World Boxing Championships in May 2012, three months before Shields would go on to win the first of her two Olympic gold medals 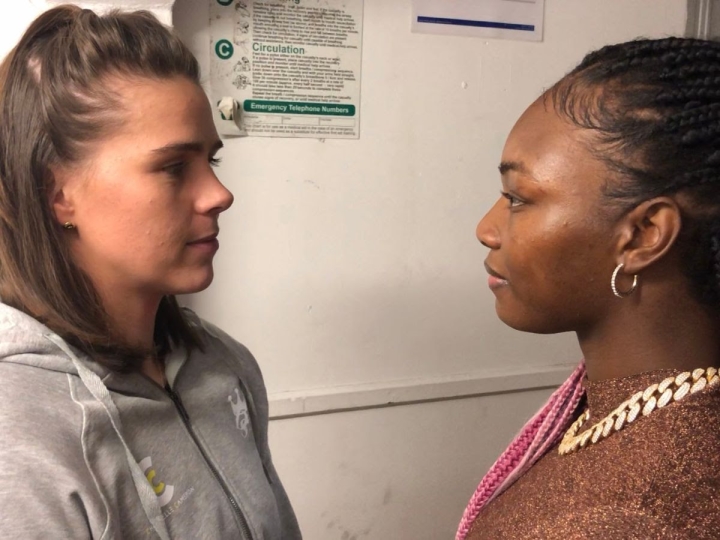 Eddie Hearn who promotes Marshall is keen for the pair to meet again and he believes Marshall can stop Shields; “I’m saying to them now (Shields’ Management) we should do two fights with Marshall. Really, Marshall is the only fight for Shields, all right? She beat her in the amateurs. Marshall beat Shields in the amateurs. She’s a world champion at middleweight. It’s a tremendous fight. So, why don’t we do a two-fight deal where Claressa Shields fights Savannah Marshall twice. Once in the UK, once in America, in whatever order we work out, all right?” He told The Ak & Barak Show which airs on the DAZN

“It’s a tremendous fight. They’re both capable of winning that fight. Claressa won’t like this, I really believe Savannah Marshall stops her. She’s a really, really special fighter. She’s fighting again on April 10th. Let’s see how she gets on. She’s still at a much earlier stage in her professional journey than Claressa, but we’re ready to take that fight now. That’s a super fight for women’s boxing and hopefully her team gets back to me, and we can wrap it up.”