Promoter Eddie Hearn has called out American Mexican boxing star Ryan Garcia for ducking a fight against his fighter Devin Haney. Hearn currently promotes Haney under his Matchroom banner and with broadcaster DAZN. The British promoter has made attempts in recent weeks and months to agree a fight between both men but to no avail.

Devin Haney (25-0, 15 ko’s) is scheduled to face Jorge Linaries (47-5, 29 ko’s) on May 29th in Las Vegas. A fight Eddie Hearn had wished was Haney vs Garcia, but Garcia appeared to be more interested in chasing a fight with Manny Pacquiao, rather than Haney.

There have been some boxing fans who have claimed a Manny Pacquaio fight was used as a smokescreen or avoidance tactic by Ryan Garcia to swerve a fight with Haney.

Eddie Hearn as per usual, wasn’t shy in sharing his thoughts on why Haney and Garcia aren’t fighting any time soon.

“Ryan Garcia refused to fight Devin Haney, so we fight Linares and they made Garcia vs Fortuna. No problem, as long as we get the fight we want at the end. If they are good enough to come through, let’s just get it made in Sept/Oct.” – Eddie Hearn told the SiriusXMBoxing Show on DAZN 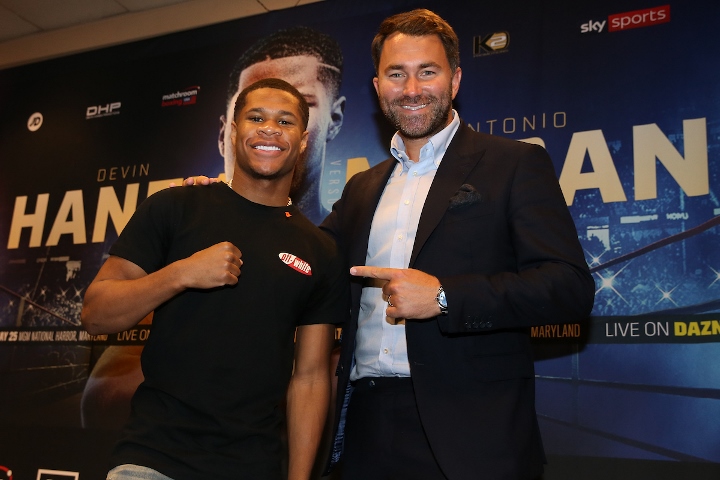