Floyd Is So Jealous Of Canelo – Salty And Bitter

“This is why Floyd is so jealous of @Canelo and so salty and bitter
Canelo at ONLY 31 is already surpassing Floyd’s ENTIRE career
Where was Floyd at 31? At 31 he was no where near where Canelo is at right now
By the time Canelo is done, Canelo WILL BE FAR AHEAD of Floyd”
Twitter handle: Chris (@mmaballer13_) 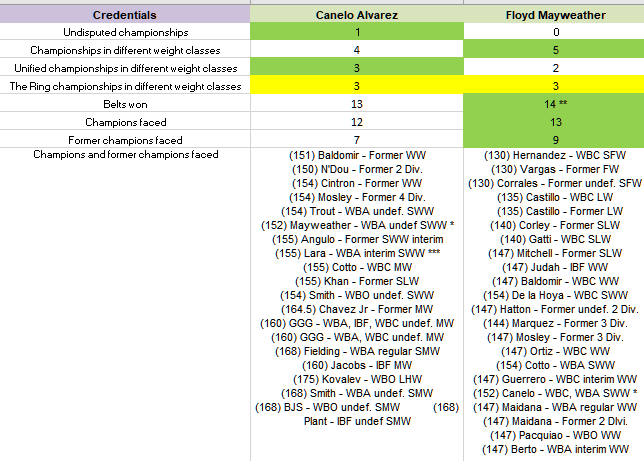