The highly anticipated undisputed light welterweight title fight between Josh Taylor and Jose Ramirez is set for May 22 in Las Vegas. This will be shown live on ESPN and the two undefeated fighters will battle it out for all four belts: WBC, WBA, IBF & WBO and for the title of undisputed champion of their division. 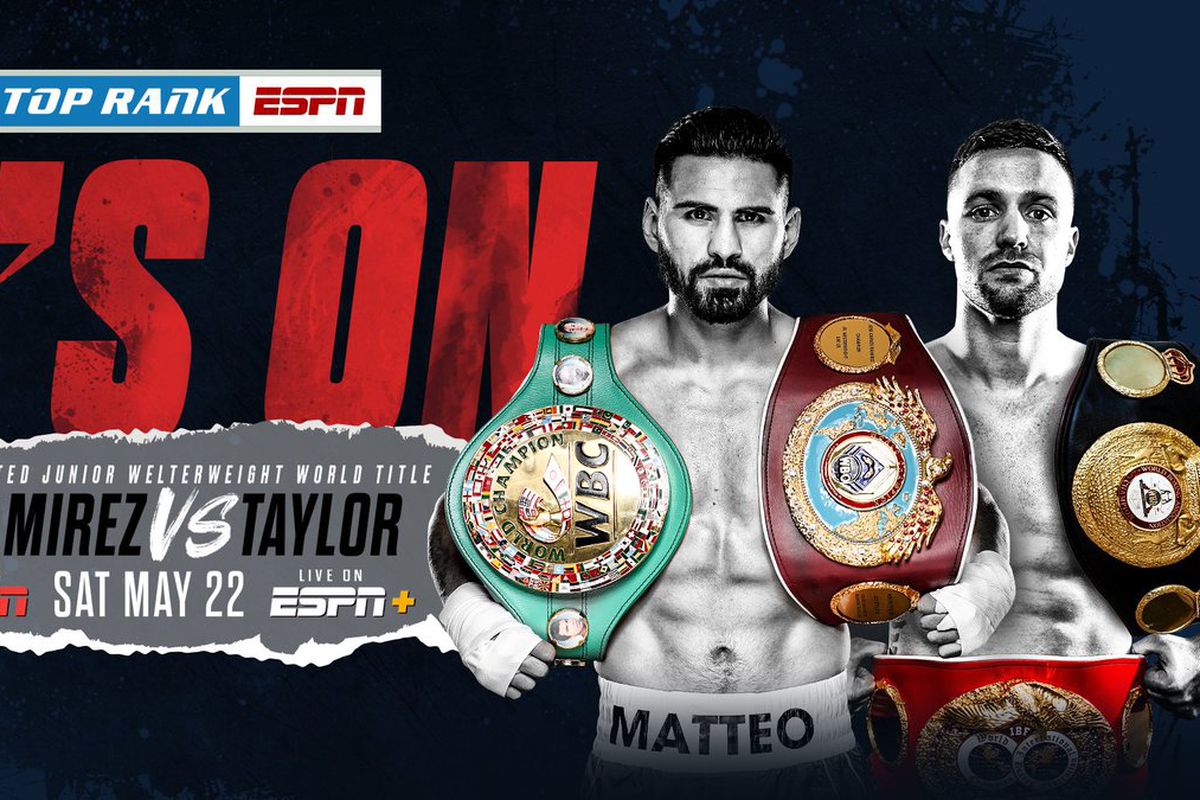 Jose Ramirez (26-0, 17 KOs) knocked out Maurice Hooker in July 2019 to unify the WBC and WBO titles. Scotland’s Josh Taylor unified the IBF and WBA titles in October 2019, when he defeated Regis Prograis by majority decision.