Kid Galahad grabbed his second shot of winning a world title with a dominate performance over a game & tough Jazza Dickens. Galahad was simply too good, too clever and too much for scouser Dickens, who’s corner stopped the final after the 11th round, due to a bad cut just above his left eye. The win for the Ingle gym fighter secured the vacant IBF featherweight world champion and sets up potential big fights both domestically and internationally with Josh Warrington, Leigh Wood (WBA champion), Emanuel Navarrete (WBO Champion), Leo Santa Cruz (WBA Super Champion) and more.

Fabio Wardley continues to impress with a 1st round Knockout victory over fellow Brit Nick Webb to remain English Heavyweight Champion. Webb started strongly and was pushing Wardley back, but as we saw against Molina, when the switch is flicked, Wardley becomes vicious. He was able to turn the tide and quickly backed up Webb into the corner and began his attack with a body shot followed by head hunting power punches. Webb attempted to escape the attack but was simply pushed back into another corner before he was dropped and the referee waved off the fight.

Alen Babic entertained the crowd and tv viewers with a slugfest against a game Mark Bennett, who did well to survive the first round against the Croatian. Bennett’s corner ended the fight after five punishing heavyweight rounds against the Savage. Both men at times traded punches recklessly and it was highly entertaining for those watching. In the post fight interview, Babic proposed marriage to his girlfriend and she said yes

Johnny Fisher aka “The Romford Bull”, a British heavyweight prospect and trained by Mark Tibbs, continued his progression in the pro ranks with a second round knockout win over Danny Whitaker. Fisher was simply to strong for his opponent and the referee waved off the fight after Whitaker had touched the canvas twice.

Australian Ebanie Bridges returned to the ring after her loss to Shannon Courtenay with a fifth round knockout win. Bridges floored Bec Connolly twice and forced the referee to stop the fight. Bridges then called out Courtenay for a rematch and claimed her rival was ducking the fight. 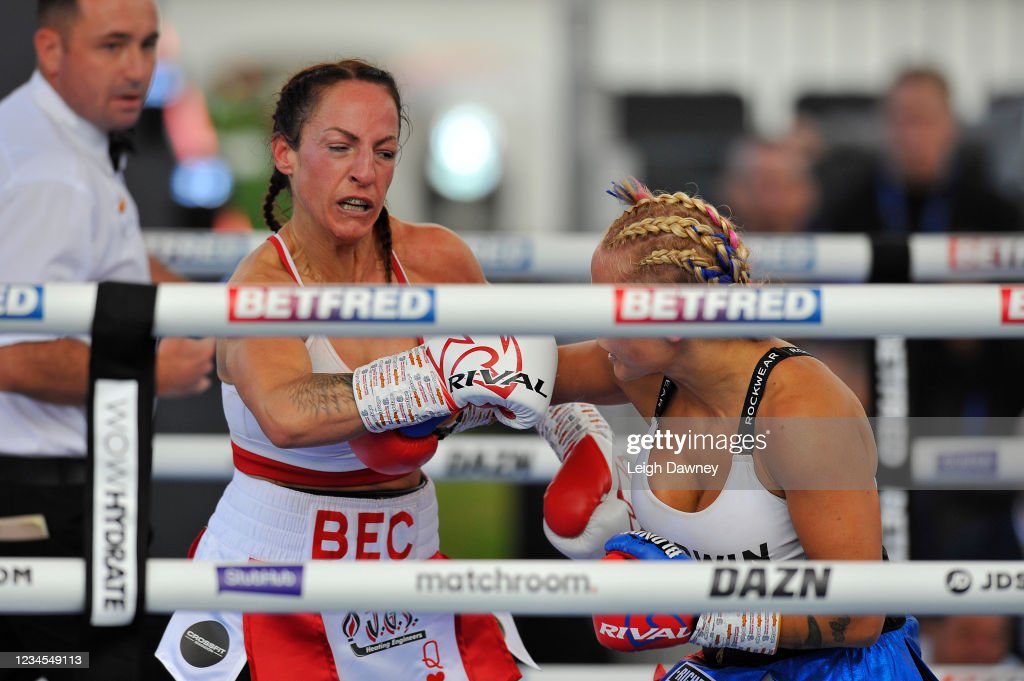