With the upcoming and highly anticipated bout between the young gun Ryan Garcia and the Olympic Gold Medalist Luke Campbell looming, Lomachenko shared his thought on the fight and predicts Campbell to be victorious.

The bout will be aired live on the DAZN this January 2nd from the American Airlines Center in Dallas, Texas and the bookmakers favour the Ryan Garcia to win over the more experienced Campbell, in both the pro and amateur ranks. Lomachenko makes reference to his experiences with both boxers and from this, makes his prediction – he dismisses Garcia’s chances of victory due to their sparring sessions, which resulted in Garcia being terrified and running to the trenches, as described by the Ukrainian.

‘I think Campbell is going to win. It really depends on how badly the Corona affected him. No one really knows. Ultimately, it’s a respiratory virus that affects the lungs’ Lomachenko told Snowqueenia.

‘It affects one’s stamina and physical ability. So it really depends on whether it would have any lasting effects. If he’s healthy, fully recovered, and comes back 100%, I think he will beat Garcia’

On Ryan Garcia, ‘He is fast and sharp, I won’t deny that. His speed, his signature punch is his left hook. He is very fast with that, only works with the type of opponents he has already fought’ 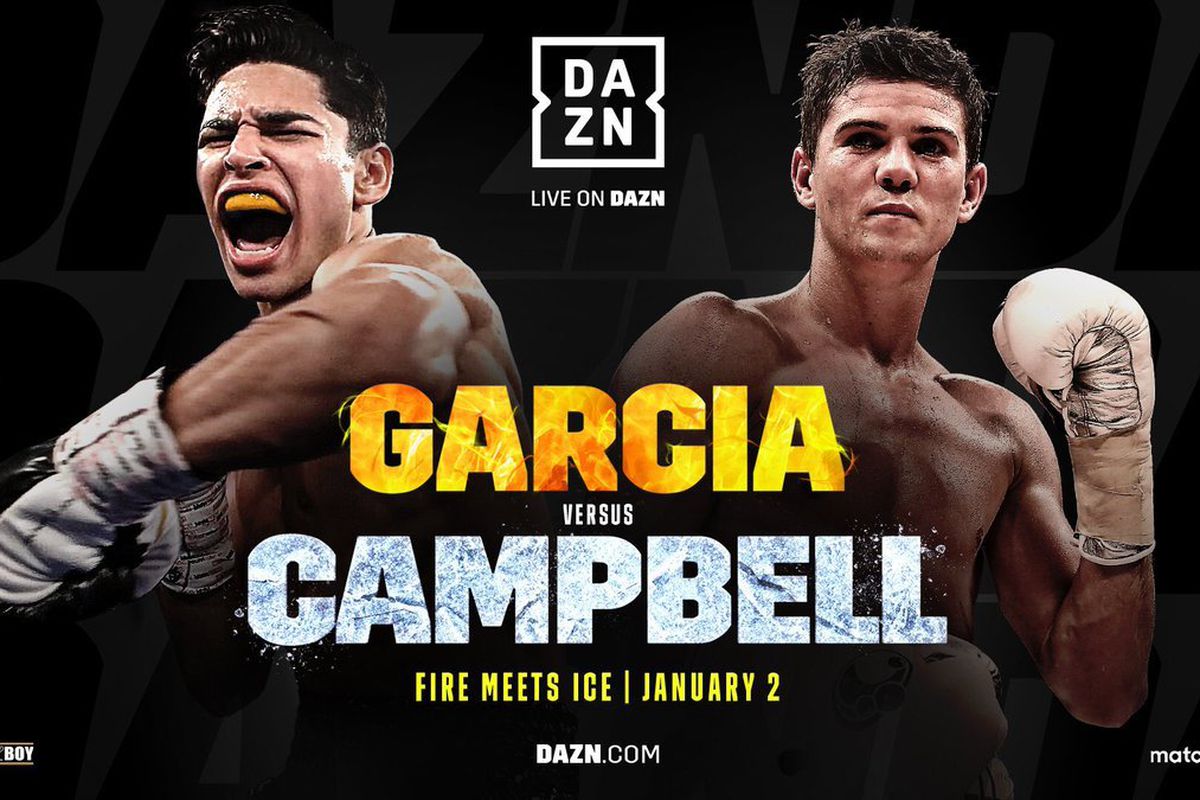 ‘You’ll be able to see it with other opponents. I doubt he’ll be able to land his left hook on Luke because that guy knows what he’s doing in the ring’

‘I personally know Garcia. He used to come to my camp. I have sparred him. He does around and tells lies. After the sparring session, he posted on his twitter that we went to war. What he said has nothing to do with reality. When he said that, he must have forgotten that I record all my sparring sessions’

‘I still have the recording. If I was all about hype, I’d post it, that way people would see what type of war we actually had. Of course he considered it a war. What actually happened was, he kept retreating to the trenches and was terrified to show his face’ said Lomachenko