The show looked awful on the tv screen and the hall where the fight took place appeared cramped, but what is to be expected of such a fight. Whilst Charr is respected amongst boxing fans, Lovejoy is somewhat of a mystery as there is little or no footage of his previous fights online. But a plenty of noise from Lovejoy on social media.

This was Manuel Charr’s first fight in over 3 and a half years and he began the first round in a somewhat cautious manner. Lovejoy looked to throw his jab often and the first round saw little action, apart from a clinch which saw Lovejoy fall to the canvas towards the end of the first round, where he moaned about a painful arm.

The second round saw Charr back up Lovejoy against a corner and the German proceeded to unload a short combination on the American which resulted in him falling to the canvas. Referee Jurgen Langos gave a full 10 count before the fight was stopped at 1:09 of the second round.

Charr was overwhelmed and clearly pleased to have returned to the ring with a knockout win as his post-fight celebrations were very animated.

The situation with the WBA is very confusing, as Trevor Bryan is the current WBA World champion, but Charr was previously – so does that mean the two men will now fight in the near future, or will Charr be given his own title. 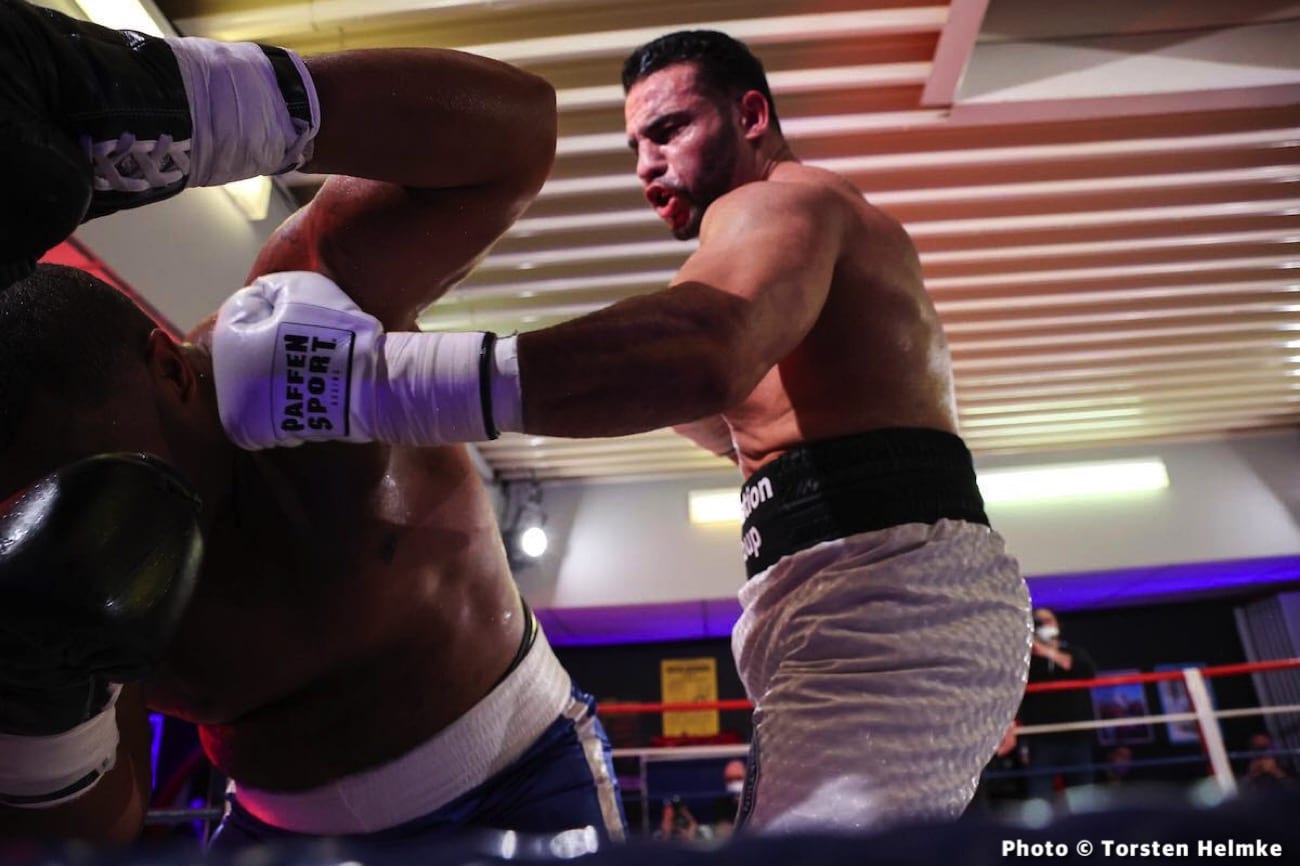