Sky Sports and Bob Arum’s Top Rank Boxing Promotions have struck a deal which will see Top Rank fights and fighters feature on the British television network for the next four years.

The first fight to be televised will be this Saturday when undefeated Shakur Stevenson (15 wins, 8 ko’s) takes on Jeremiah Nakathila (21, 17kos, 1) in Las Vegas, Nevada.
The news follows Eddie Hearn’s decision to leave Sky Sports for the DAZN network and his Matchroom stable of fighters will feature on the DAZN, although Anthony Joshua has one more fight remaining on his Sky Sports deal. Eddie Hearn signed a five year deal with the DAZN streaming service.
Eddie Hearn and Sky Sports final broadcast together will take place this Saturday when Newcastle’s Lewis Ritson (21-1) takes on Jeremias Ponce (27-0) in an IBF final eliminator for 140lbs Super-lightweight title.

Top Ranks has a number of high-profile boxers in their stable, such as Tyson Fury, Terence Crawford, Josh Taylor, Teofimo Lopez, Artur Beterbiev, Naoya Inoue, Oscar Valdez, Shakur Stevenson as well as a number of prospects. 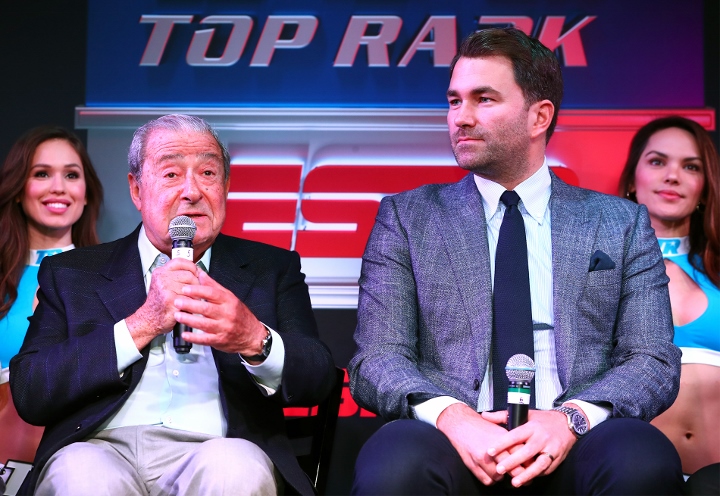